Battle of the Big Bands-Round 2 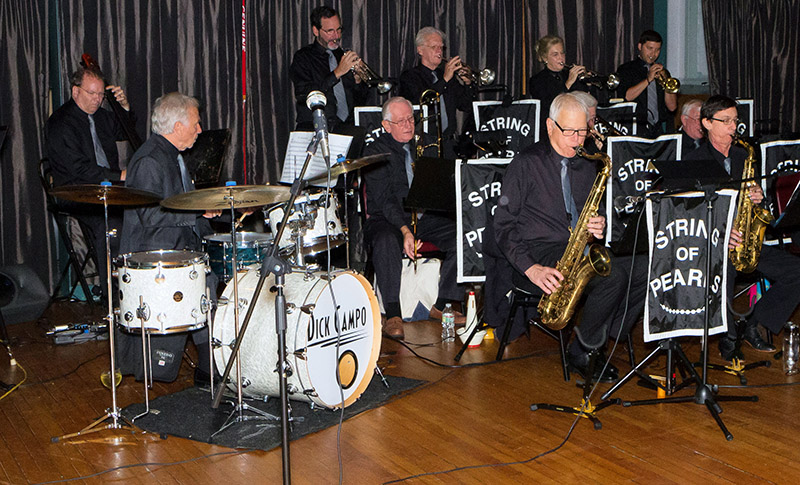 The joint’ll be jumping as two of the Shoreline’s most popular swing bands—Tuxedo Junction and The String of Pearls—face off in the second round of a two-round Battle of the Big Bands, with the audience crowning the winner by applause.

For more than 20 years, the 17-piece String of Pearls Big Band has performed a wide repertoire of jazz standards, early rock ’n’ roll and dance tunes featuring the cha cha, waltz, Tango and swing. Musical director Dick Campo toured with Tex Beneke and the Glenn Miller Orchestra and played with Sammy Kaye and Vaughan Monroe. The band plays extensively along the Shoreline.

Tuxedo Junction is an 18-piece, Shoreline-based swing band with a full brass section, bass, drums, piano, guitar and and vocals. Formed in 1989 by Pete Jacobs as a Dixieland band, it’s now run by Patricia Todd. It’s been a staple at Bill’s Seafood Restaurant in Westbrook for 21 years and performs often in New Haven, Wallingford, Avon, and at the Guilford Rotary’s LobsterFest.

Check out The String of Pearls’ latest demo: